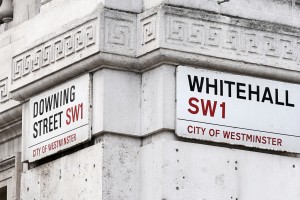 The Chancellor has presented the Autumn Statement to Parliament – here’s a summary of what was announced.

1. Business rates will be cut and capped, with extra Help for the High Street

This is in addition to doubling Small Business Rate Relief for a further year which means 380,000 of the smallest businesses will pay no rates at all.

The government will also continue to cap the annual increase in business rates at 2% from April 2015 to March 2016 – this will benefit all businesses paying business rates.

Finally, the government will extend the transitional arrangements for smaller properties that would otherwise face significant bill increases due to the ending of ‘transitional rate relief’.

2. No more employer National Insurance contributions (NICs) on apprentices under 25

To make it cheaper to employ young people, from April 2016 employers will not have to pay National Insurance contributions (NICs) for all but the highest earning apprentices aged under 25.

This is in addition to the announcement made at Autumn Statement last year that employers won’t have to pay NICs on under 21s from April 2015.

These are part of the government’s wider ambition to have the highest employment rate in the G7.

3. The government is clamping down on tax avoidance by multinational companies

Currently some large multinational companies divert profits abroad through complicated business structures, such as the so-called ‘double Irish’, in order to avoid paying taxes. The government is introducing a new tax to counter this.

The ‘diverted profits tax’ will apply to a company’s profits that have been diverted from the UK through complex arrangements such as these, and will apply to both UK and foreign multinational companies.

So if a company conducts a lot of activity in the UK – sales, for example – but can avoid paying corporation tax by moving profits generated in the UK to other countries through the manipulation of the international tax rules, the UK will now be able to tax those profits at a rate of 25%.

This will be introduced from April 2015.

4. Creative sector tax reliefs will be extended to children’s TV

Following on from the success of the film, high end TV, animation, video games and theatre tax reliefs, a new children’s TV tax relief will be introduced from April 2015.

This will counteract a decline in investment in children’s TV in the last decade. Eligible companies will be able to claim 25% of qualifying production spending back through the relief.

The government will also consult on introducing a new orchestra tax relief in April 2016.

5. Search and rescue and air ambulance charities will be eligible for VAT refunds from 1 April 2015

From 1 April 2015, search and rescue and air ambulance charities will be eligible for VAT refunds, in recognition of the vital role they play in providing support to the emergency services.

The government will also meet the costs the hospice sector faces from VAT.

6. Stamp duty will be cut for 98% of people who pay it – only the highest value residential properties will pay more

Under the old rules, you would have paid Stamp Duty Land Tax at a single rate on the entire property price. Now, you will only pay the rate of tax on the part of the property price within each tax band – like income tax.

Under the old rules, if you bought a house for £185,000, you would have had to pay 1% tax on the full amount – a total of £1,850. Under the new rules you don’t start paying tax until the property price goes over £125,000, and then you only pay tax on the price of the property within the tax bands over that price.

The government’s Funding For Lending initiative has also been extended for another year to January 2016.

The scheme aims to help small businesses access finance and will now be solely aimed at supporting entrepreneurs.